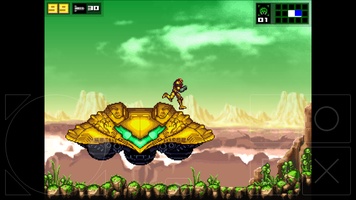 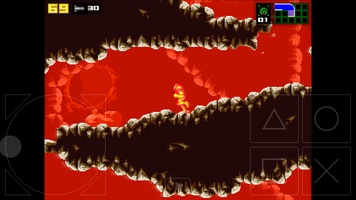 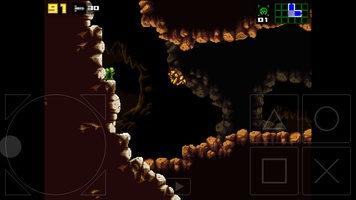 Advertisement
AM2R (Another Metroid 2 Remake) is an Android port of the remake of the famous Metroid II: Return of Samus, originally released for GameBoy in 1991. Just like the Windows version, this edition uses modern graphics similar to Super Metroid for Super Nintendo, or Metroid: Zero Mission.

In this game -obviously- you'll once again play as the bounty hunter Samus Aran, and destroy the many new evolutions of Metroid as you explore the depths of the planet SR388. Just like other games in the saga, you'll begin the adventure with just a few weapons and abilities, and keep improving as you progress through the game's storyline. It's clearly a classic 'Metroidvania' game.

The main -and only- difference between AM2R (Another Metroid 2 Remake) and the Windows version is that the controls have been adapted to touchscreen devices. The game experience is practically identical, except that you control your heroine with buttons on the touchscreen.

Overall, AM2R (Another Metroid 2 Remake) is a fantastic game that runs perfectly on Android, and one of the best examples of the genre available on this operating system. And better yet, it's completely free!
Reviewed by Andrés López Translated by Jasmine

Another version of this game came out, it only fixes and improves things is 1.5.1

You do not have the option to play in PT BR ... how do I play in Portuguese?

Animal Connect 2016
Bazooka Boy
Shoot powerful missiles to take down your enemies
Learn English Vocabulary TFLAT
Improve your vocabulary in English
Goosebumps
Are you ready for an absolutely terrifying game?
CanliSkor.com
Coffee Stack
Prepare coffees to go, and don't let them be taken away from you
Towing Race
Tow a range of vehicles
Nail Stack!
Get to the finish line with the longest nails