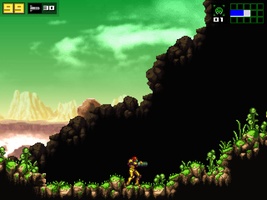 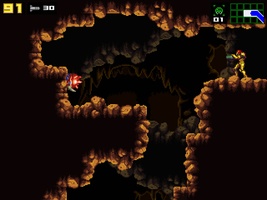 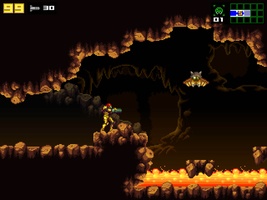 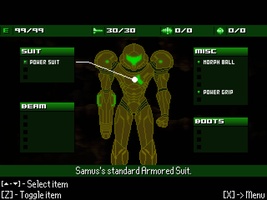 Advertisement
AM2R stands for 'Another Metroid 2 Remake' which is the true nature of this project. In essence it's a remake of Metroid II: Return of Samus, released for Game Boy in 1991, and whose main appeal was its radical graphics that were (at the time) ahead of their days and preceded Super Metroid on Super Nintendo and Metroid: Zero Mission also remade for Game Boy Advance from the first original title designed for NES.

In the game you'll embody Samus Aran once more, and you'll have to face off against new evolutions of the Metroids in the depths of planet SR388. Or what's the same, you'll live a further development of Metroidvania where you'll run through winding scenarios with only your map to guide you as it is generated on the spot. You'll find improvements for your equipment and suit that'll allow you to beat obstacles that appear suddenly along the way.

AM2R is an awesome game that works seamlessly with today's PCs and Windows. Although its aesthetics will take you back to times long gone on 16 bit consoles; its mechanics and development are still current. Definitely a fan game worth keeping an eye on, and that has nothing to envy when compared with today's officially commercialized video games.
Reviewed by Andrés López
Advertisement

I have not downloaded it yet, but I thought Nintendo took this game down.

Is fusion mode in the update

Stumble Guys (GameLoop)
Survive to the end in this fun clone of Fall Guys
Minecraft
Build, craft, and give free rein to your imagination
Five Nights at Freddy's 4
The last chapter on this horror saga
Granny (GameLoop)
Can you escape from the house and Granny in five days?
Granny: Chapter Two (Gameloop)
The second installment in this terrifying horror saga
Baldi's Basics in Education and Learning
Learn with Baldi... or not
Eyes: The Horror Game
The terror is watching... and it's out to get you
P.T. for PC
The terrifying P.T. for PS4, now on PC